The Ad plasmid is generated by recombination of a shuttle vector containing the gene of interest (GOI) and a pAD vector with the Ad genes required for virus production. The plasmid is then linearized and transfected into the producer cells, which trans-complement E1 function to enable virus replication. The Master Viral Seed Stock is produced by several rounds of amplification of the recombinant Ad in producer cells and subsequent purification, concentration, and determination of titer. The final large scale GMP production comprises several steps, such as an engineering run, the actual GMP run, GMP fill and finish, and GMP release tests, which are omitted here for simplicity.

Design of the cell line prevents the generation of undesirable RCA (Replication-competent Adenovirus) in CAP® cells. The Ad integration in CAP® cells contains only a short, inverted region of homology to the vector minimizing homologous recombination and thereby the risk of RCA formation. 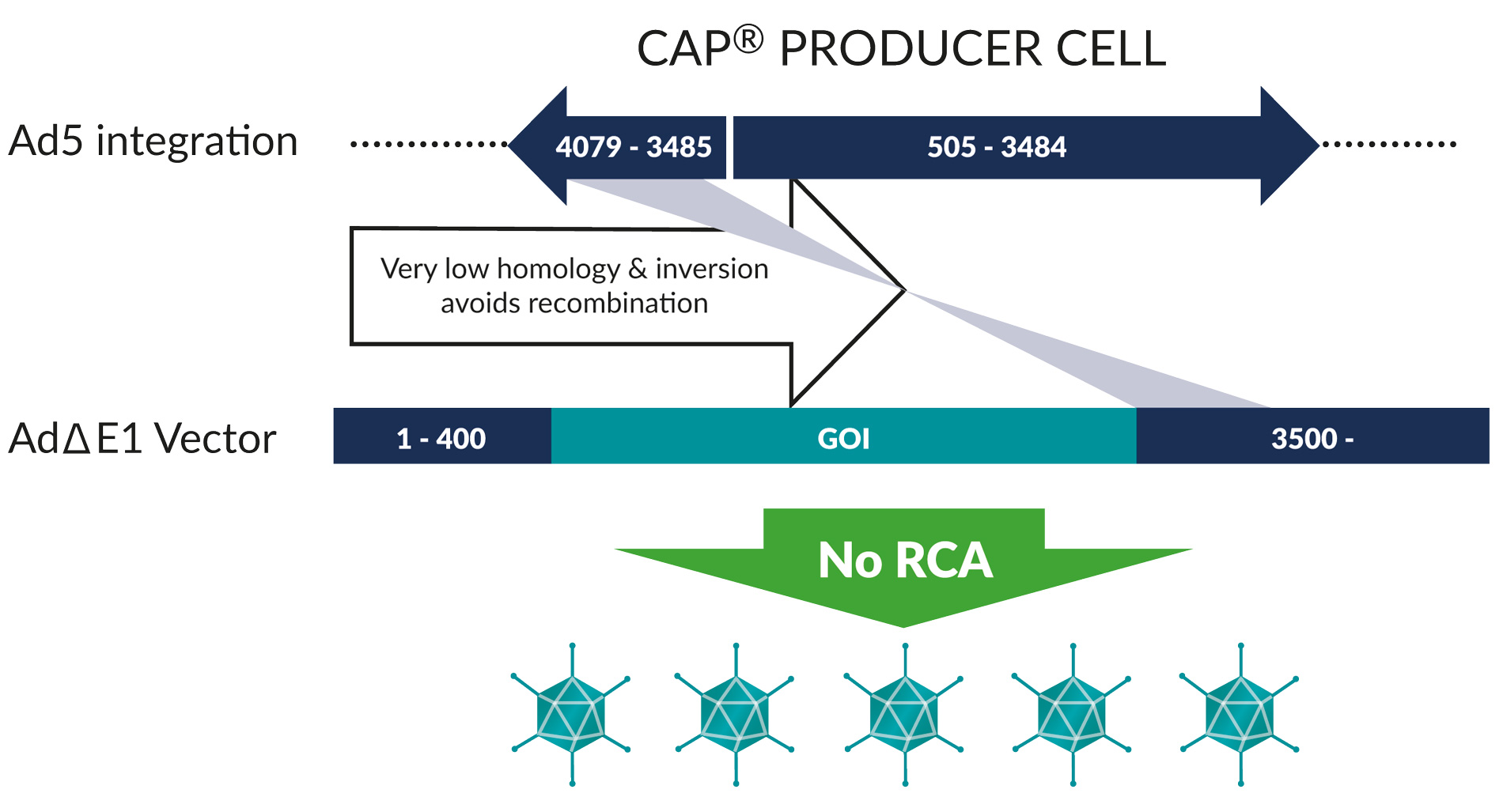