Pharmaceutical companies with gene therapies in their pipeline need to establish scalable production processes that can keep up with the increasing demand in terms of volume, quality and robustness, says CEVEC. 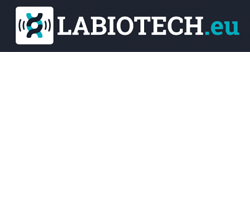 How to Solve the Production Challenges of AAVs for Gene Therapy

CEVEC Pharmaceuticals has found a solution and developed a platform that can produce adeno-associated viral vectors (AAVs) as easily as if they were monoclonal antibodies.

Read the interview with Nicole Faust, CEO of CEVEC

“The major challenge I anticipate will be to bring down production costs. The current price of gene therapies makes it inaccessible to so many patients worldwide.”

During our webinar at Cell & Gene Therapy Insights on May 5, CEVEC’s CSO Dr. Silke Wissing introduced the unique technical features of the newly launched ELEVECTA® technology, the first stable producer cell line technology for AAV gene therapy vectors. If you missed it, you can access the replay here:

The link below leads you to a registration page. Please fill in your contact details and you can see the webinar on demand.

At the time of Cevec Pharmaceuticals’s announcement, US researchers reported that AAV gene therapy might be the most promising way to bridge the therapeutic gap until a COVID-19 vaccine is available.

Read the interview with Dr. Nicole Faust, CEO & CSO of CEVEC, as part of Creathor Ventures’ interview series “Make It Ten” with the founders or CEOs of their portfolio companies.

How to Solve the Manufacturing Bottleneck in Gene Therapy?

With over $4B raised in the first half of 2019 and approximately 370 clinical trials underway, the global gene therapy sector is booming. Recent years have seen a steady increase in the number of trials and the amount of money invested. As therapies shift to more common diseases and larger patient numbers, new manufacturing solutions are needed. Labiotech spoke to CEVEC Pharmaceuticals about recent trends and new standards in gene therapy manufacturing.

With gene therapy projects moving towards more common diseases, such as Rheumatoid Arthritis, Parkinson´s disease or Alzheimer´s disease, there is a growing need for large-scale viral vector production, in particular for adeno-associated viral (AAV) vectors. However, current production systems rely on transient plasmid transfection or helper viruses and are thus hardly scalable. The webinar will address solutions to overcome this production gap in gene therapy.

These Cell Lines Give Biopharmaceutical Development a Boost

The search for novel biopharmaceutical agents is an ongoing challenge in pharma research and drug development. The cells that express such therapeutics play a crucial role in this search. However, researchers often face a number of problems with cell lines, including productivity, quality, robustness, and challenges when scaling-up.

The team at CEVEC has developed a technology that allows for the development and production of innovative biopharmaceuticals, such as complex therapeutic proteins and gene therapy vectors.